We were delighted to offer our fire pensions annual conference in a virtual format this year. In long-standing tradition, the event was preceded by a meeting of the regional chairs, followed by the technical community, with both groups finding much to discuss.

Day 1 had a governance focus, and following a brief introduction from the new chair of the England Scheme Advisory Board, Joanne Livingstone, we were pleased to welcome Nick Gannon from TPR. Nick delivered an in-depth session on breaches of the law – considering the who, how, what, and when of recording and reporting. During the Q&A after the presentation, Nick highlighted the administrative challenges of implementing remedy and the importance of good data and communication.

Where we would normally enjoy informal networking with drinks on the roof terrace of Smith Square, the 55 delegates in virtual attendance were offered a “Night at the Oscars” with a film-themed quiz. Thank you for all those who participated in our just-for-fun entertainment!

We were back online for day 2 and the full technical/ administration AGM, with a full roster of guest speakers.

Joanne Livingstone welcomed approximately 100 delegates from across the FPS sector, with a more detailed introduction to herself and the role of the SAB. Joanne highlighted that the Board will seek to provide assurance rather than reassurance to stakeholders and continue to operate in a role of scrutiny and engagement on an evidence basis during her four-year term. 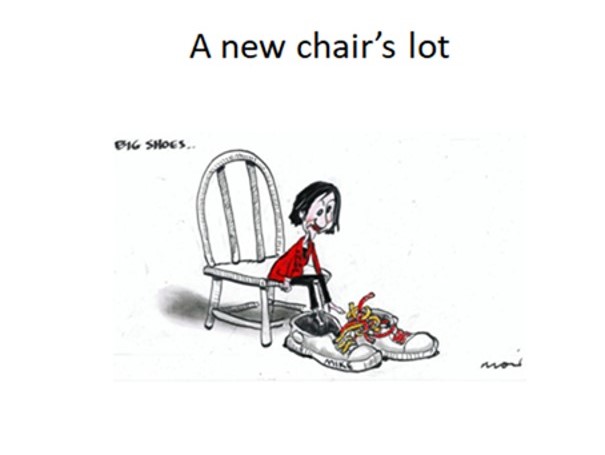 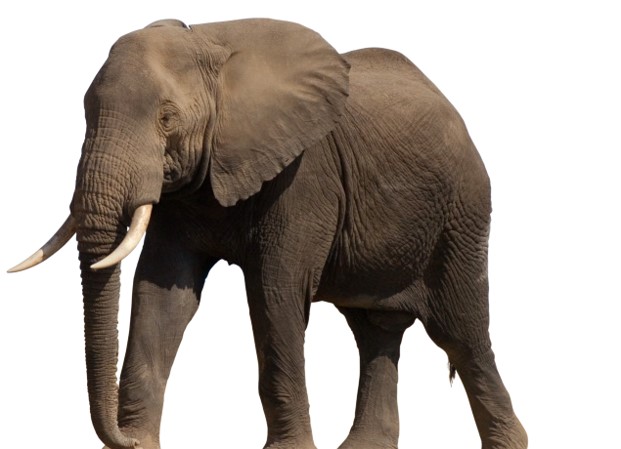 Senior pension adviser, Clair Alcock, then took to the “stage” to give an update from the Bluelight team at the LGA, on the different hats that we wear, and a reminder of the resources available to support FRAs and administrators. In an event dedicated to remedy, Clair was not afraid to address the elephant in the room and provided a brief recap on the background to the age-discrimination case and the HM Treasury consultation proposals. The session concluded with a quick look at projects on the horizon.

Des Prichard, chair of the SAB administration and benchmarking committee, led the last morning session with an update on the work of the committee. This included the committee's role, actions delivered, and actions still to come. In particular, the session focused on the draft template administration strategy and the future of scheme administration and management. Des was keen to promote the importance of replying to SAB-issued consultations and surveys in order for the Board to deliver improvements to the sector.

After a brief pause for refreshment, we welcomed guest speakers from Eversheds Sutherland and the Government Actuary’s Department, to provide our regular case law update and information about the FPS valuation and cost-cap, respectively. Both sessions provided definite food for thought and led us appropriately into a lunch break.

After which, Peter Spreadbury from the Home Office joined us to outline how the department intended to engage with stakeholders in dealing with remedy. Peter emphasised the importance of taking a professional, constructive, and forward-looking approach to working together and noted a commitment to working with stakeholders to reach a lasting resolution.

Delegates were then “zoomed” randomly into one of three breakout rooms to take part in an interactive workshop session. The workshops looked at themes underpinning the delivery of remedy, including technical issues, data, and communications. After a 45-minute discussion, participants returned to the main room to hear feedback from each of the sessions.

All that remained then was for Joanne to close another successful AGM and wish delegates a safe journey home!

As always, we would like to thank all presenters and delegates for their participation and support. We have received some great feedback from the event and hope that we will be able to host next year’s AGM live and in person in London. Roll on 2021!

In keeping with tradition, our annual fire pensions conference two day event opened with a meeting of the regional chairs of each fire pensions officer group, followed by the technical community. You can find out more about the work of each of these forums, along with the various other stakeholder groups involved with FPS administration, governance, and management in our new factsheet.

We were pleased to welcome over 60 delegates to the first full conference session, aimed at scheme managers and Local Pension Boards, along with other parties with an interest in FPS governance. Following the Chair’s welcome, the audience heard from Gavin Chambers, ACO and chair of Bedfordshire FRS LBP, on his experiences before participating in a lively debate on the efficiency of boards and challenges of assisting the scheme manager. 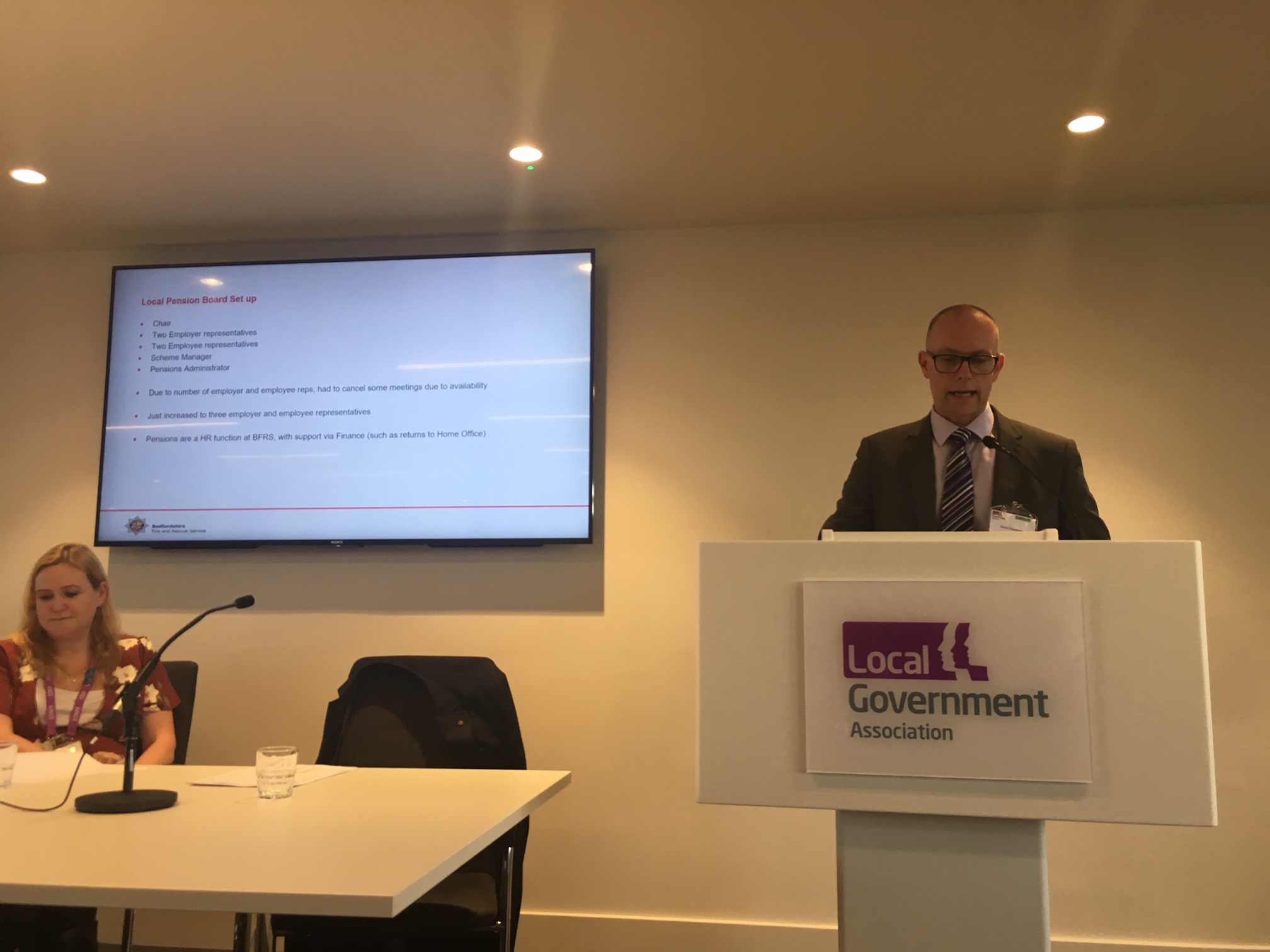 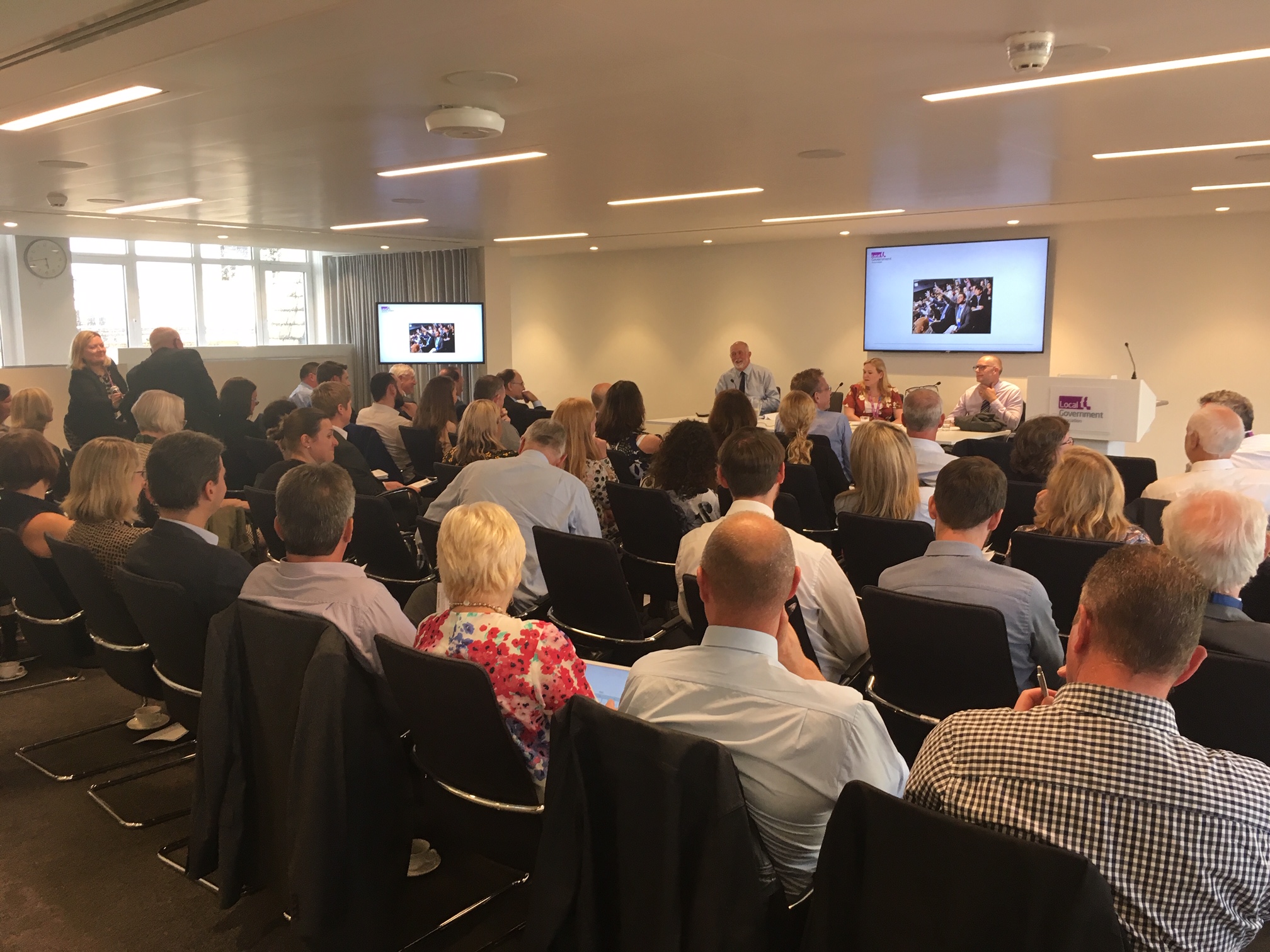 TPR then took to the stage to present the headline results from their 2018 Governance and Administration survey, including everyone’s favourite slide – “the spider diagram of doom”. 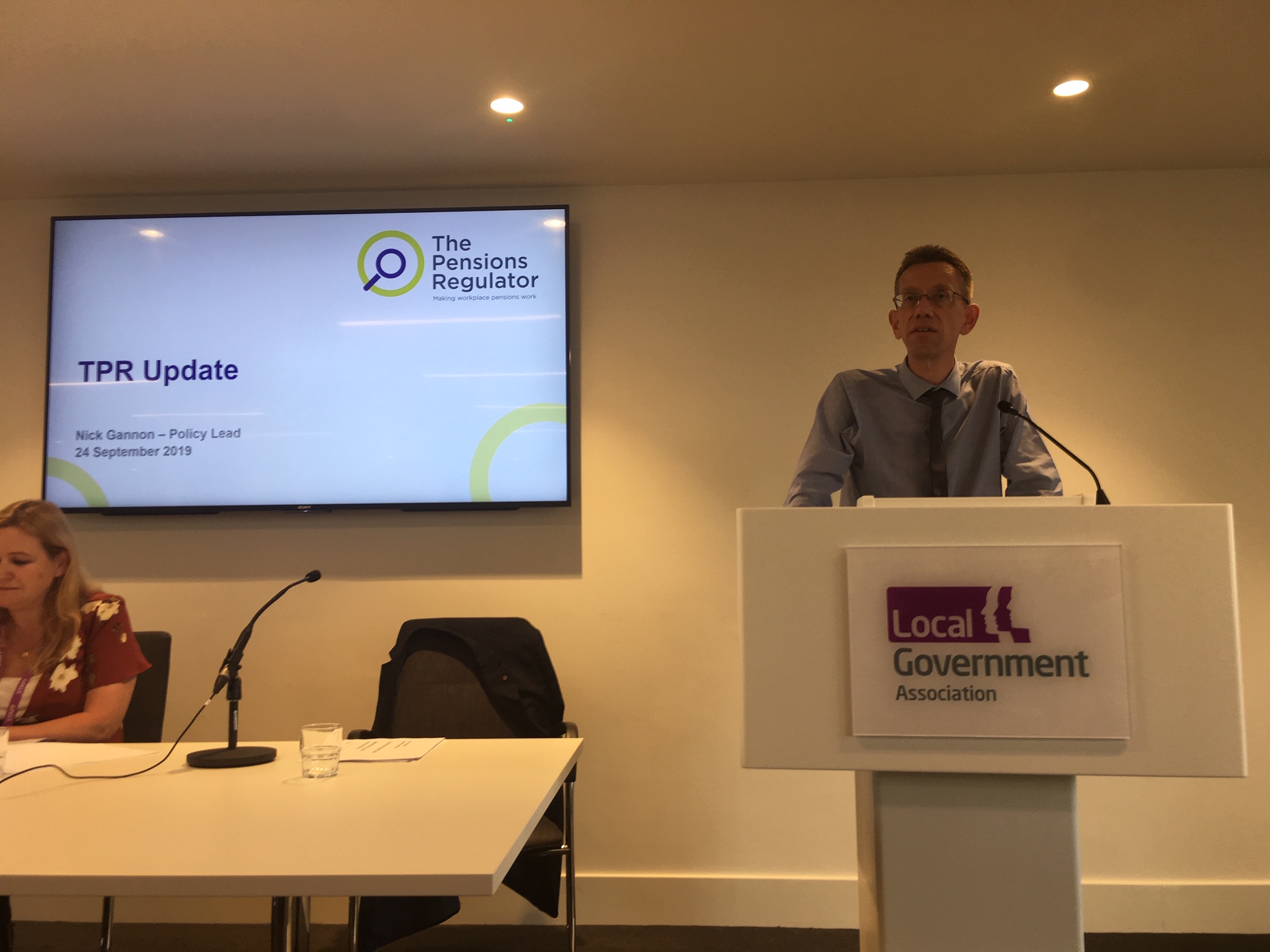 We ended the day with a networking drinks reception and although the weather was not quite as accommodating as last year, this didn’t seem to dampen the animated conversation between colleagues and friends.

The full technical/ administration AGM took place on day 2 with a record attendance of around 120 delegates in our Bevin Hall conference room at 18 Smith Square.

Malcolm Eastwood, chair of the FPS (England) SAB, once again opened proceedings, outlining some of the complexities in managing the Firefighters’ Pension Schemes. We were then delighted to welcome Amar Pannu, Head of Police and Firefighters’ Pensions at the Home Office, to provide a view from central government including updates on the transitional protections case and the 2020 scheme valuation.

Twelve months after launching the FPS administration and benchmarking review, Craig Payne from Aon was back on stage at the AGM to present a summary of the review outcomes and recommendations. Click the link to read the full and final Aon report. 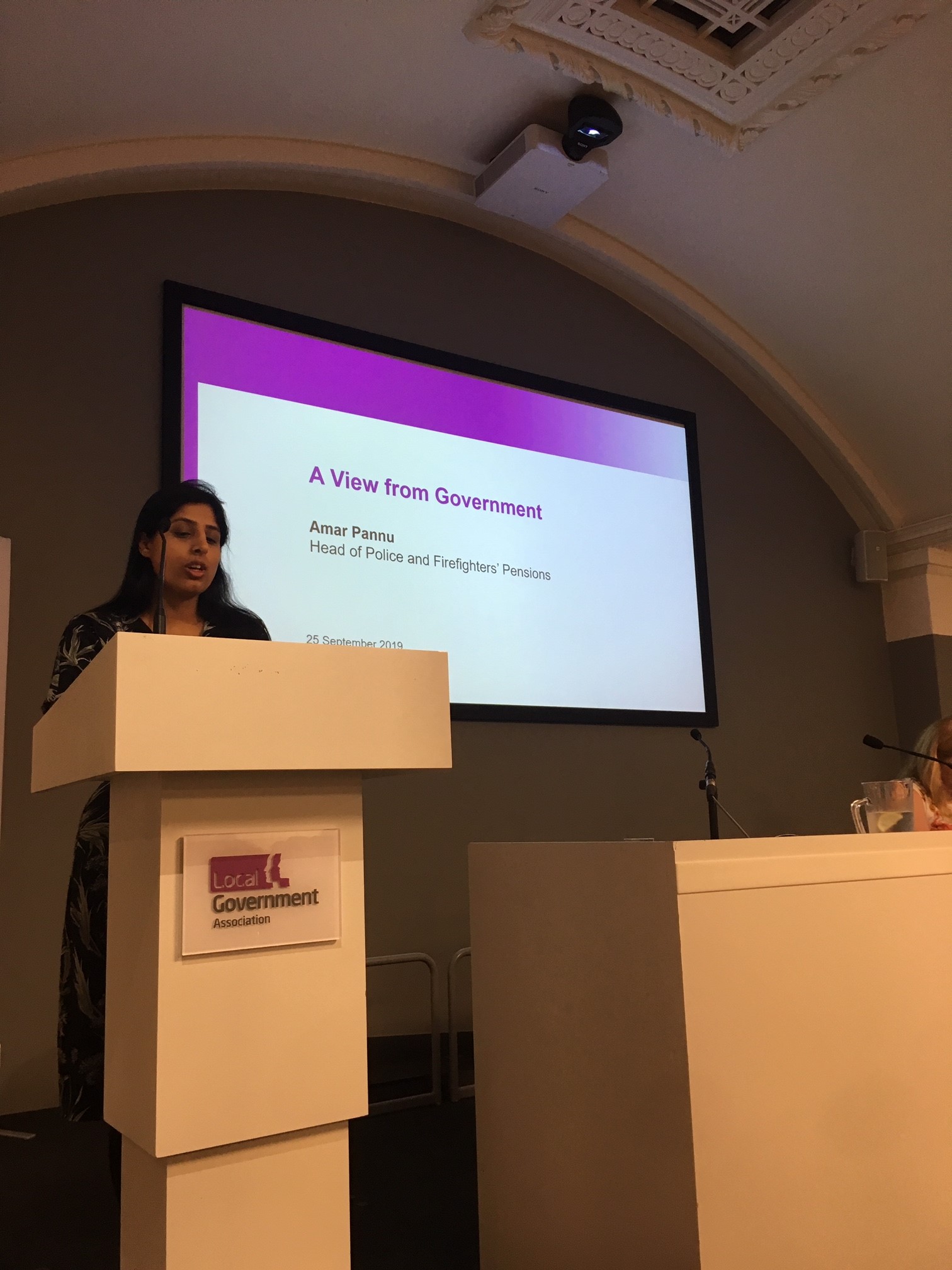 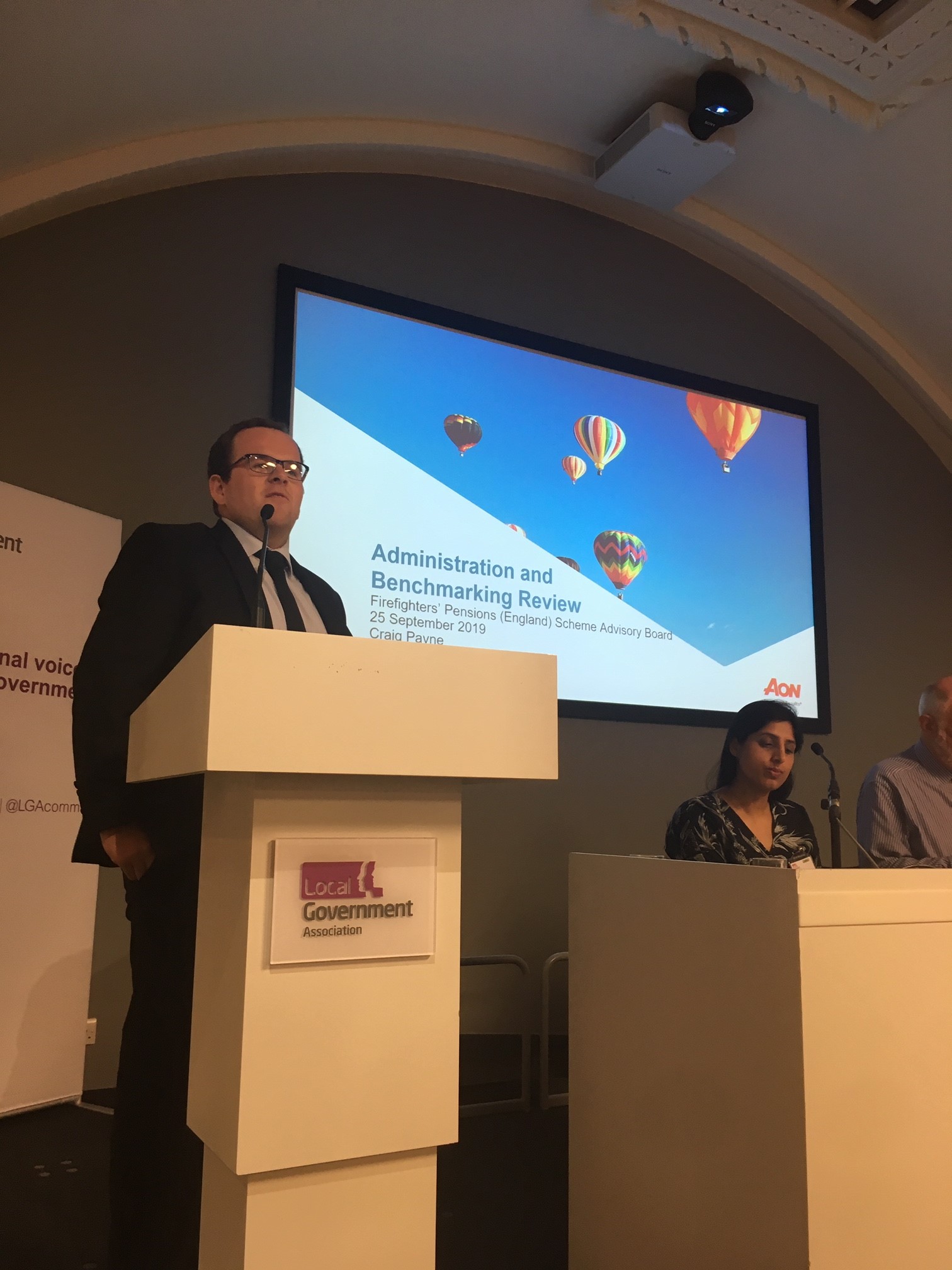 Following a short break, attendees were given the option to join one of three technical workshops: National performance monitoring; Abatement; and Transitional pension calculations refresher. All workshops were well attended and received positive feedback. Thank you to our facilitators and those who participated. Lunch followed the short workshop feedback session, and delegates had chance to network with colleagues and visit exhibition stands hosted by the following organisations: Barnett Waddingham, Eversheds Sutherland, ITM, and Income for the Third Age.

We make a special apology here to Laura of Pen-gage https://www.pengage.co.uk/ and Mark from Income for the Third Age https://i3aguidance.co.uk/, as we somehow managed to lose a box of promotional leaflets which had been delivered in advance to the office.

In the tough first afternoon slot, Alec Bennett from Eversheds Sutherland provided the ever-popular case law update, taking the audience on a whistle stop tour of recent court and Pensions Ombudsman decisions. And the final session of the day was delivered by the Bluelight lead Clair Alcock, who gave an update on the work of the team and future plans. 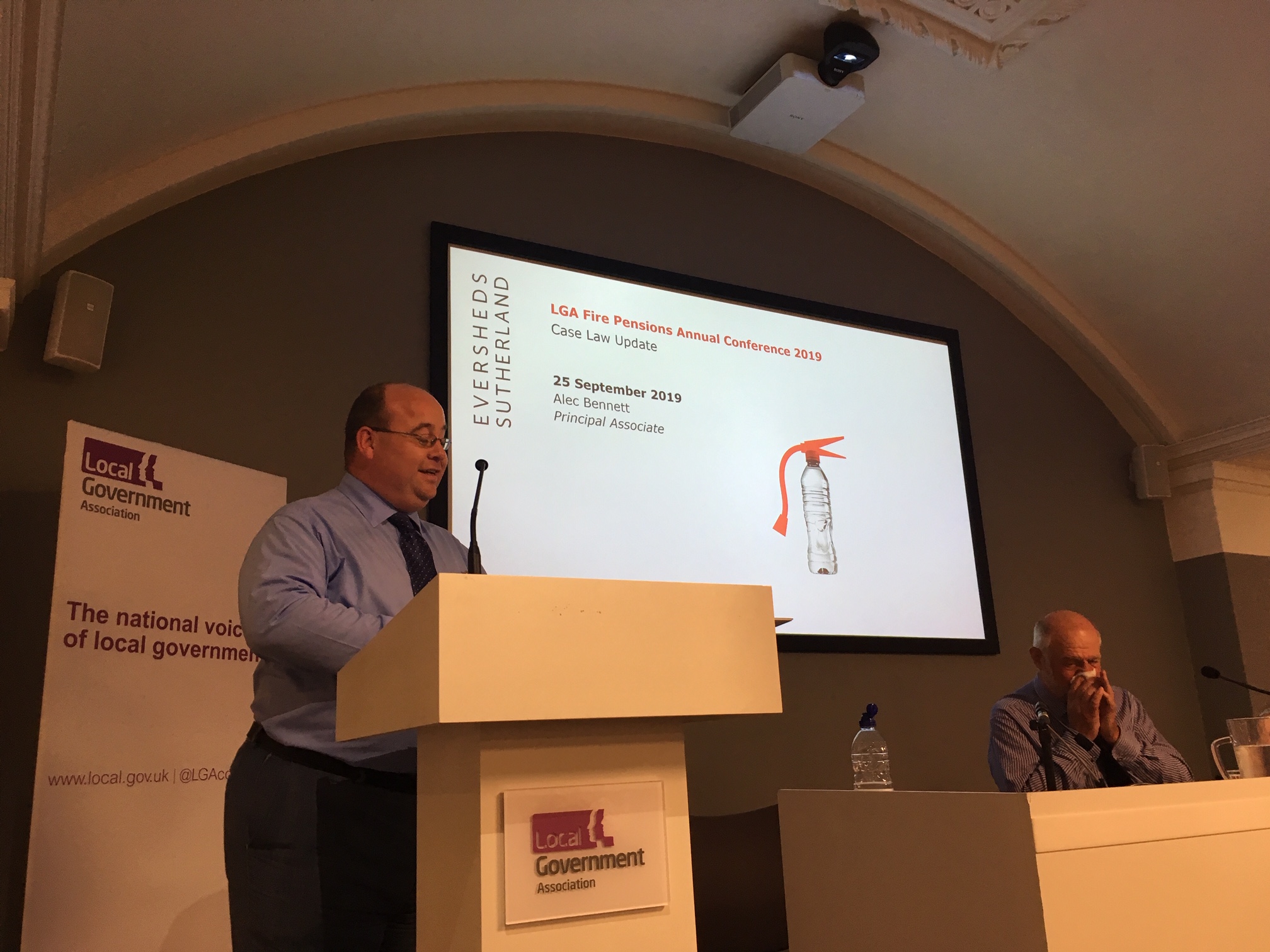 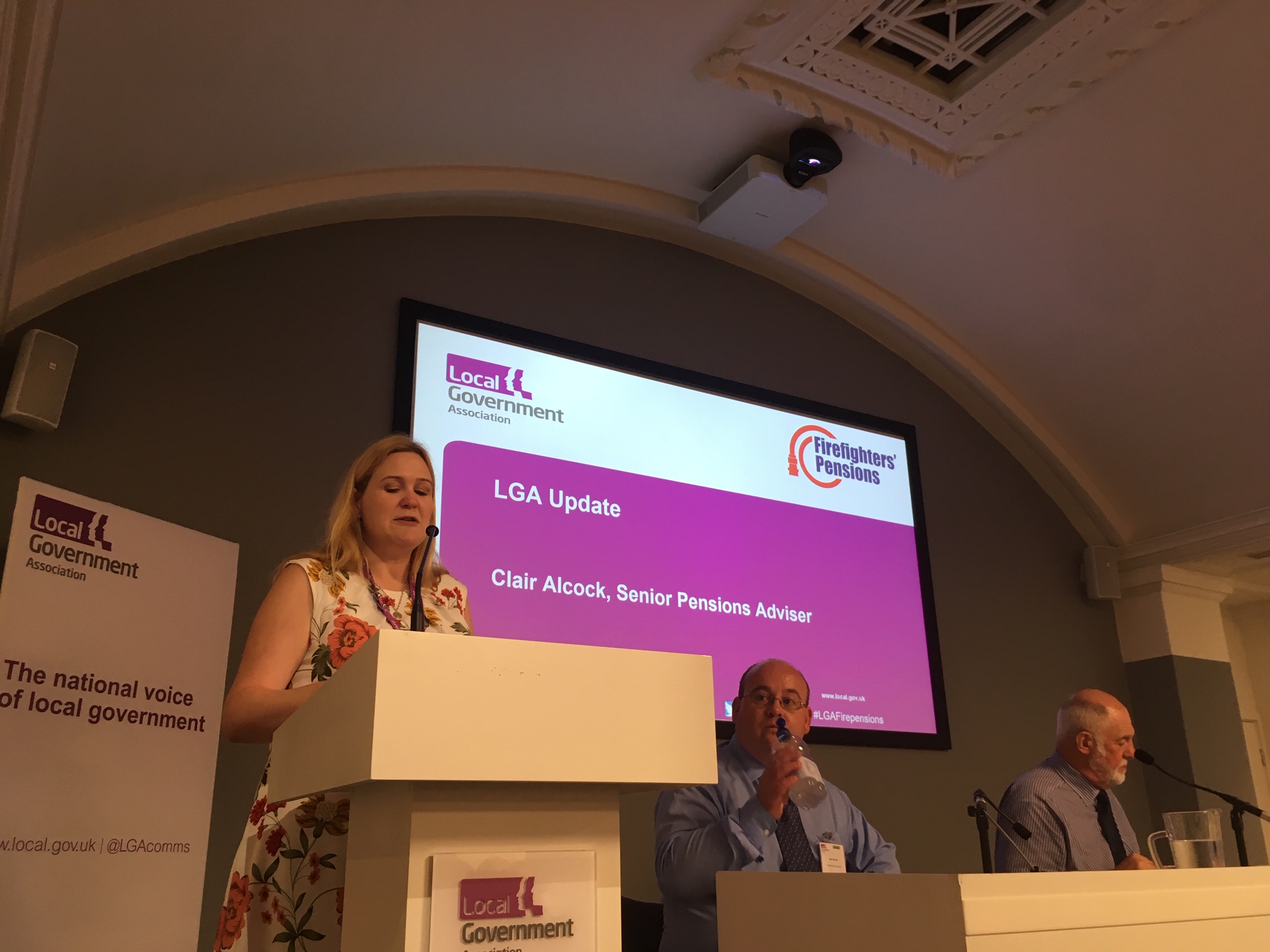 Malcolm Eastwood closed the conference for 2019 with a fond farewell, as he retires as chair of the SAB in March 2020.

We would like to thank all for their participation and support, particularly our speakers and exhibitors for contributing to the success of the event, and to all delegates who took time out of their busy schedules to attend. We look forward to seeing you again next year – save the date 22-23 September 2020!

We were delighted to kick off our annual fire pensions conference with a meeting of the regional chairs to discuss the progress of the fire pensions officer groups around the country. All agreed that the forums are a great opportunity for colleagues from FRAs and administrators to get together and discuss relevant issues and common themes with their peers. If you are interested in attending your local group, please email This email address is being protected from spambots. You need JavaScript enabled to view it..

The gathering of the regional chairs was closely followed by a meeting of technical group, attended by our technical community and many interested observers. Our capacity at the meeting was almost double the usual attendance, which is a testament to the popularity of the conference event.

An overwhelming 60 delegates were present for first official session of the conference – an update on issues relating to governance of the Firefighters’ Pension Schemes. Following the Chair’s introduction, we were pleased to welcome Rachel Watson from the Home Office to provide a view from central government. Attendees then heard from Tristan Ashby, chair of the Scheme Advisory Board’s Local Pension Board effectiveness committee, on the work of the committee, including a high level summary of recent governance survey results. Ian Howe of Leicestershire County Council gave a presentation on the work of the East Midlands FRAs in looking to form the first joint FPS local pension board, which was complemented by Sarah Mekins from North Yorkshire Police, discussing her experiences as chair of the largest joint Police LPB. The day ended with a networking drinks reception on the roof terrace at 18 Smith Square. 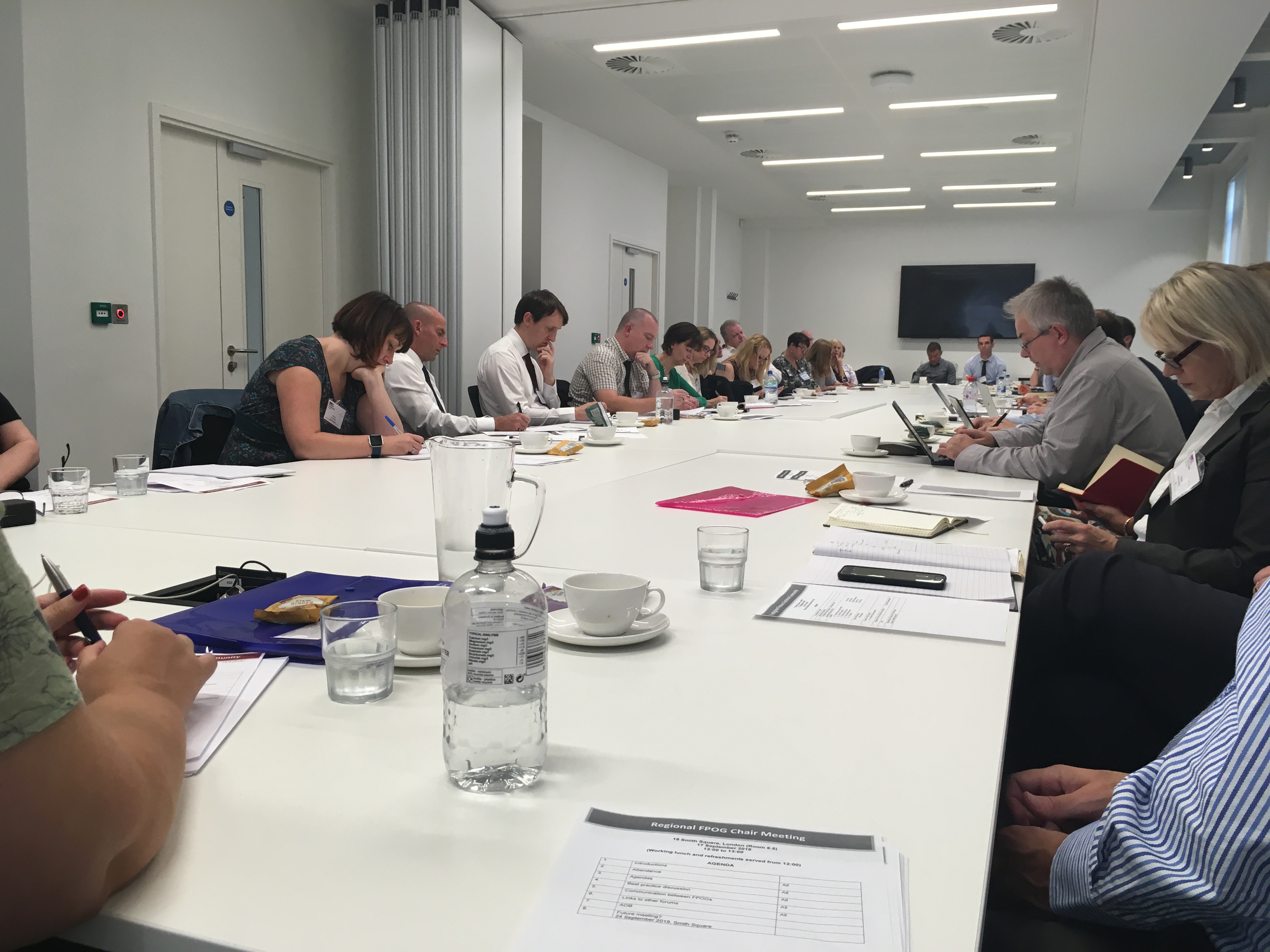 The AGM 2018 day 1 presentations can be viewed here.

The full technical/ administration AGM took place on day 2 with a full house of around 100 delegates in our Bevin Hall conference room. The AGM delivered a packed agenda. Malcolm Eastwood, chair of the FPS (England) SAB, again opened the day, giving a more in-depth update on the work of the Board and challenges ahead. This was followed by an engaging government panel session with representatives from the LGA, the Home Office, and the Government Actuary’s Department (GAD). Andrew Hopkinson, in his role as national secretary to the Fire Leaders Association, then opened a discussion on public service pensions tax.

Following a short break, delegates received a fascinating update on relevant case law from colleagues at Eversheds Sutherland LLP. After which, attendees could select one of three technical workshops to join: Accurate Forecasting and the Top-Up Grant; Medical Appeals; or Combining Pension Scheme Service. All workshops were well attended and received unanimously positive feedback.

During lunch, delegates had opportunity to network with colleagues and visit the exhibition stands hosted by various suppliers and advisers to the pension scheme industry. Lunch was followed by a short feedback session from the workshop facilitators, and a welcome update on pensionable pay from Jane Marshall (Weightmans), legal advisor to the SAB. The final session of the day saw Aon launch the forthcoming FPS benchmarking exercise, outlining the intention, scope, and prospective timescales of the project. Watch this space for more information, coming soon.

Malcolm Eastwood closed the conference for 2018 with a reminder of the challenges which 2019 may bring, and thanked all for their participation and support. We echo these thanks, particularly to our speakers and exhibitors for contributing to the success of the event, and to all delegates who took time out of their busy schedules to attend. We look forward to seeing you again next year.

The AGM 2018 day 2 presentations can be viewed here.

To view the full conference in pictures, visit our @LGAWorkforce twitter feed, #LGAfirepensions

Following a successful two days at the first annual Firefighters' Pensions Conference, the slides are available below:

Thank you to our workshop leaders, who led three very successful workshops. The workshop presentations have now been published on our website: